You are here: Home / Architecture 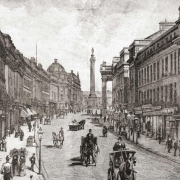 The history of Newcastle upon Tyne, England, is incomplete without the mention of Grainger Town. The town was named after its builder, Richard Grainger, a renowned developer, and it boasts architectural masterpieces in the forms of buildings, streets, and avenues, especially in the city centre.

Some honorable mentions include Clayton Street, Grainger Street, Grey Street, Theatre Royal, and Grainger Market. Buildings of this period were characterised by multiple storeys, spikes, turrets, domes, and vertical dormers. So, it is not surprising that Grainger town was Newcastle’s historical commercial centre for that period.

Popular historians describe the building of Grainger Town as Richard Grainger finding Newcastle of bricks and timber and leaving it in stone. The town spans 89 acres or 36 hectares of land, on which 450 buildings are erected. However, only 244 of these are listed, including 29 grade I and 49 grade II buildings. The ‘Tyneside Classical’ architecture of the town is evident in its unique layouts. For instance, Grey Street, a major street in the town, is “one of the finest streets in England”, according to Sir Nikolaus Pevsner. Other notable attractions in Grainger Town include the Dominican friary, a medieval 13-century edifice, historic Town Walls, and several other classical Victorian and Georgian buildings.

Newcastle’s Central Conservation is one of the foremost conservation areas in England, and this is where almost the entire Grainger Town falls into. Most buildings in the town are privately owned. In terms of development, Grainger Town is not slowing down, with fast expansion and the introduction of modern shopping outlets, jewelry and fashion outlets, and more. This is also where you find the famous Edwardian Central Arcade. 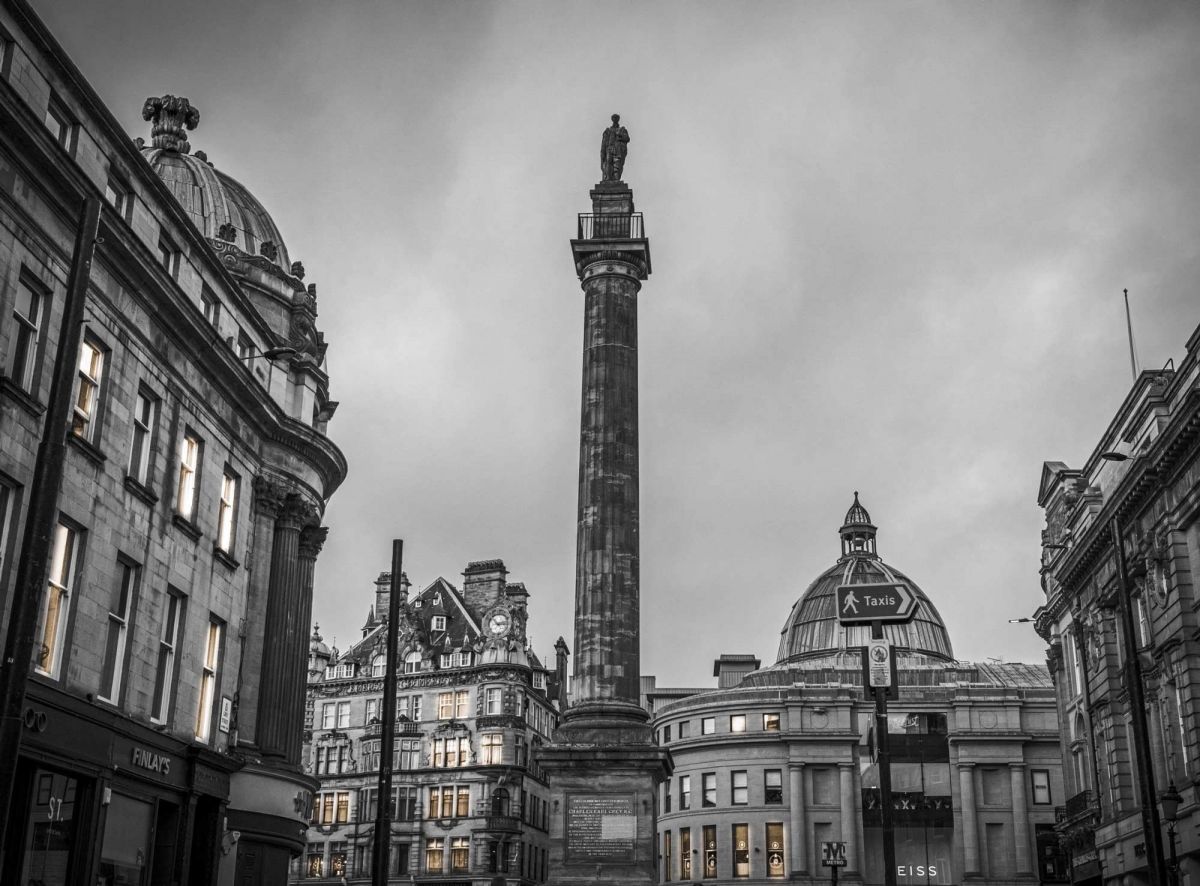 The Rise of Greys Monument

Many Architects in Newcastle came together in the 1830s to build Grey Street, including the popular John Dobson. Two architects from Grainger’s office, George Walker and John Wardle handled the design of the entire western side. Dean Street was the oldest street in the town – it was constructed in 1749 and is the continuation of Grey Street from the south. Grey Street is where you find the Theatre Royal, designed by John and Benjamin Green. The Central Arcade and the Monument Metro Station’s southern entrance are both on the street. Grey Street is characterised by its Georgian Architecture, and it is unsurprising it was declared the Best Street in the UK in 2010 by BBC Radio 4 listeners.

Grey Street runs south from Grey’s Monument just after the Mosley Street junction and continues as Dean Street. It previously flowed into the Tyne, but since it is now underground, it descends towards the river with some slow curves to the east. Grey Street was previously called Upper Dean Street. In his description of the street, Sir John Betjeman highlighted the perfection of the curves, with zero traffic on a misty Sunday morning. “Not even Regent Street, even old Regent Street London, can compare with that descending subtle curve,” he said.

The Grainger Market was included in the 19th-century redevelopment plan of the city. It was intended as a bigger and more modern replacement for the markets on the site of Grey Street. John Dobson was the designer. The market was opened in 1835 and had two distinct parts. The first part – the eastern section – is the meat market designed in a series of aisles. The second part – the western section – is the vegetable market, which is in the form of a spacious open-plan hall. Unfortunately, fast forward to 1898, the roof of the vegetable market needed to be replaced, and it was not until 1901 that the replacement was completed. While there have been changes to the intended use of the meat and vegetable markets, you can still find some butcher’s stalls there. You will also find the smallest branch of Marks & Spencer’s Original Penny Bazaar.

The 1960s and 1970s saw up to a quarter of Grainger Town demolished. These parts of the original scheme were removed to accommodate new projects like the Eldon Square Shopping Centre. By the 1980s, the town already had a good number of new centres of commercial and retail activity.

The legacy of Richard Grainger was on the decline in the early 1990s. Several offices and shops were relocated, and more residents were relocating from the town. These left up to 100,000 metres square or 1.1 million square feet of vacant land, manifesting the most visible signs of urban decay. The town administration asked owners to clear listed properties and whole streets. This meant 47% of the 244 listed buildings became classified as “at-risk” and another 29% as “vulnerable.” Investors’ confidence was at an all-time low because no one wanted to invest in a poor environment.

In 1993, the Newcastle City Council collaborated with the English Heritage and English Partnerships on a property development and environmental enhancement plan. The focus was on the worst buildings at risk, ensuring the already poor environment does not worsen. In 1996, EDAW was commissioned to come up with a regeneration strategy that would rebuild Grainger Town, alongside a bid to the government for funding.

The proposal’s goal was simple – transform Grainger Town into a competitive and attractive location in the city centre. The sponsors envisioned Grainger Town to become a high-quality environment that can be correctly tagged as a major European regional capital. The proposed timeframe for the project was six years, and it ran between April 1997 and March 2003. The project cost over £174 million, and £146 million of this came from the private sector. The eventual cost exceeded the proposed cost, which was just £74 million.

Architects in Newcastle did a great job with the Grainger Town rebuild project. The project marked the total transformation of Grainger Town, and this came with major achievements like job creation, new business setups, improved commercial floorspace, and more. The project also marked the historical repair and revamping of Grey’s Monument and the completion of over 200 flats and apartments, mostly within the Clayton and Grainger Streets areas.